Dharmapala Institute was first established in 1992 in the Bay-area. Late Venerable Ellawala Nandeeswara thero was instrumental through his unrelenting efforts for the initial foundation of this institution. With much gratitude we acknowledge the support delivered to us by the Cambodian community in the Bay-area and late Venerable Mahaprasad, the abbot of the Cambodian temple, San Jose. From the moment of its initial conception and establishment, many individuals, including both monk and laity, contributed unequivocally and delivered their utmost and unparalleled support towards the maintenance and upkeep of the Dharmapala Institute. 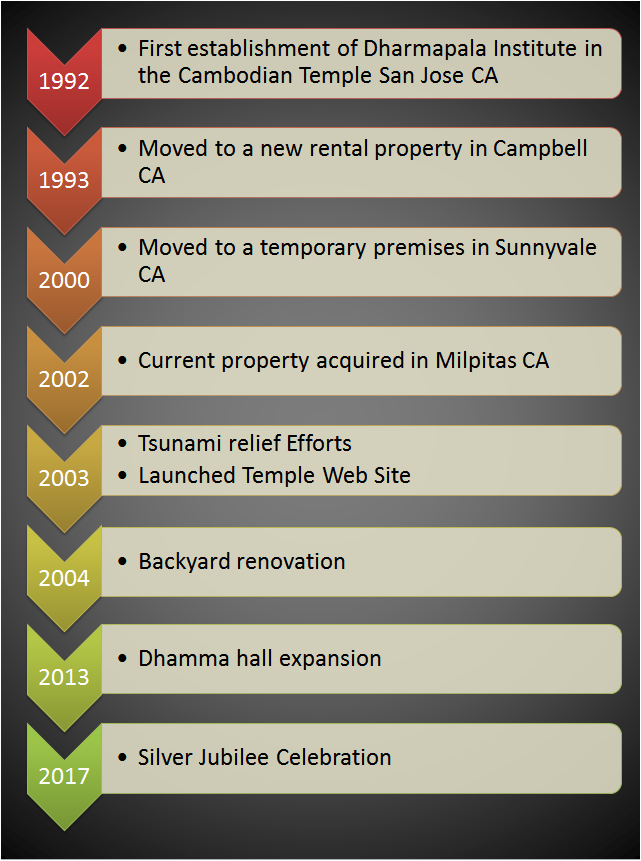